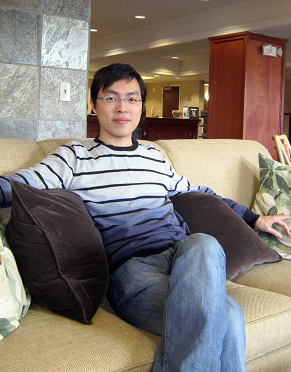 Dr. Zhongyuan Wang currently is a Research Scientist at Facebook. He leads Facebook Query Understanding & Document Understanding (NLP) efforts. More specifically, his team is building the world’s largest query entity linking and document entity linking production services. These services handle billions of Facebook queries and posts every day. His team significantly improves the entity linking quality by 80% in terms of F1 and other important metrics in just 6 months, and makes it become a state-of-art system and one of the most important NLP services in Facebook.

He received his PhD (advisors are Haixun Wang and Ji-Rong Wen), master’s degree (advisor was Xiaofeng Meng) and bachelor's degree in computer science from Renmin University of China. Zhongyuan Wang won Wu Yuzhang Scholarship (Top-level Scholarship at Renmin University), Kwang-Hua Scholarship, and ACM SIGMOD07 Undergraduate Scholarship (one of the seven winners all over the world) when he was a student at RUC.

Zhongyuan Wang has published 30+ papers (including ICDE 2015 Best Paper Award) in referred international conferences, such as VLDB, ICDE, IJCAI, CIKM, etc. He was the instructor of tutorial “Understanding Short Texts” (with Haixun Wang) in the top natural language processing conference ACL 2016. He is also the author of book “Short Text Understanding” (published in 2017), and the co-author of the book “Web Data Management: Concepts and Techniques”(published in 2014). Currently, He holds 5 US patents and 1 Chinese patent.

Microsoft Concept Graph (a.k.a. Probase): a web knowledgebase that knows our mental world

Enterprise Dictionary: an enterprise knowledgebase that knows "What-Is" and "Who-Works-On-What"

The goal of this project is to provide better text understanding.

A large variety of applications need to handle short texts such as search queries, ads keywords, tweets, image captions, etc. Understanding short texts is a big challenge for machines. Unlike long texts and documents, for which we can use “bag of words” based statistical approaches to analyze, short texts do not contain enough information or statistical signals to make the analysis meaningful. Furthermore, short texts are usually not well-formed sentences. For example, queries submitted to search engines usually do not follow grammar rules. Consequently, approaches based on sentence structure analysis do not work well either. Human beings are good at deriving meaning from noisy, ambiguous, and sparse input. We understand short texts because knowledge in our mind enriches the input to produce meaning. Thus, in order for machines to understand short texts, we need to supply such knowledge to machines so that the gap between insufficient input and understanding can be bridged.